Mortgage interest rates have been slowly but steadily increasing in recent weeks from 5.10 percent in mid-February to 6.08 percent on April 1 for a 30-year, fixed-rate mortgage, according to the Mortgage Bankers Association. All indicators point to continuing increases. The key culprit for rising rates is the fear of growing inflation. This has motivated the Federal Reserve to increase short-term interest rates (Fed rate) seven times since last June to 2.75 percent in their most recent hike. These adjustments eventually push mortgage rates up. The current annual inflation rate is just under 3 percent.

Unfortunately, indications of rising inflationary pressures are intensifying, including dramatic increases in energy prices (e.g., crude oil and gasoline at the pump). This will probably push mortgage rates higher in coming weeks and months. On the positive side, mortgage rates are still at historic low levels, just over 6 percent for a 30-year fixed loan. Many individuals and families are deciding to purchase and finance a home now, or refinance their existing mortgage, before rates reach unaffordable levels.

An increasing proportion of borrowers are opting for a 15-year fixed mortgage, now carrying a substantially lower rate than the 30-year loan — or a one year adjustable-rate mortgage (ARM) with an even lower rate. Growing in popularity with recent mortgage applicants is the 5/1 Hybrid mortgage. The interest rate with these loans is fixed for the first five years, then the mortgage reverts to a one-year adjustable loan for the remainder of its 30-year term.

Many recent mortgage applicants are clearly taking action now to benefit from low interest rates. Locking in the lowest possible rate is important, but it’s equally important to select the right mortgage plan to meet the personal needs of each applicant. The role of mortgage professionals is to help in making the right selection.
_____________________

A hybrid mortgage is one with a fixed interest rate for an initial period of years, then reverts to a one-year adjustable rate Mortgage (ARM) for the remaining years of its 30-year term. In other words, it’s a blend of fixed and adjustable schedules that seem to work very well for many consumers. The initial fixed-rate period can be 3, 5, 7 or 10 years. The longer that period is, the higher the available interest rate.

Hybrid mortgages have been the key driving force in propelling ARM lending volume in recent months, and the pace of applications for these loans continues to grow. The most popular hybrid today is the 5/1 hybrid, with a fixed rate for five years before the one-year ARM kicks in. These loans now account for two-fifths of all ARMs, according to a report from Freddie Mac, a major buyer of existing home mortgages.

Freddie Mac and other secondary market mortgage buyers are now encouraging lenders to offer and promote these mortgages, as they see an increasing consumer demand for them. As consumers see rates on 30-year, fixed-rate mortgages continue their upward trend, they are more open to alternative types of loans that would give them a lower rate. In many cases, they don’t want the insecurity of a straight one-year adjustable loan. But a hybrid seems to be just what the doctor ordered. The FHA hybrid mortgage is a particularly popular product for today’s home buyers. It’s available for financing one- to four-unit owner-occupied principal residences.
_________________

About Those ?!? Credit Scores

Credit scores still confuse and frustrate many consumers, according to a study by the Consumer Federation of America. Almost half of American consumers do not understand key facts about credit scores, it was revealed. Despite all the news coverage about credit scores over the past year, many consumers still do not understand important facts about these increasingly influential numbers, said Stephen Brobeck, CFA’s executive director.

To provide consumers with basic information about credit scores, CFA and Fair Isaac Corporation (developer of the FICO credit score) have prepared a new free brochure that is being distributed by the Federal Citizen Information Center. The brochure contains the most important information about the score most mortgage lenders and other businesses use, including what factors influence its rise and fall and how consumers can get their own scores. To obtain a free copy of the brochure, titled Your Credit Scores, contact the Federal Citizen Information Center at: 1-888-878-3256, or write to: Credit Scores, Pueblo, CO 81009. It’s also available online at: www.pueblo.gsa.gov.
____________________

About two-thirds of all first-time homebuyers now use the Internet as a significant part of the homebuying and financing process, according to a recent survey. A little less than half of repeat buyers do so.

Internet information seekers and buyers are generally younger, wealthier, better educated and more likely to be married than traditional buyers, according to the survey conducted by the California Association of Realtors. However, Internet buyers and traditional buyers should not be viewed as two separate populations but as segments in the spectrum of the homebuying population, each utilizing technology in varying degrees, the report said.

The Internet has complemented, not diminished, the Realtor’s role in the homebuying transaction, said Jim Hamilton, president of CAR. Homebuyers often turn to a Realtor for both interpretation of information gleaned from the Internet, and for their expertise throughout the process. Homebuyers clearly view the Internet as a tool to enhance their ability to research and real estate market.
_______________________

No Deductions for Interest on 2nd Mortgages?

An ominous proposal is circulating in Washington’s legislative corridors. It’s been suggested that a good way to boost federal revenues and reduce the deficit is to eliminate interest deductions for all second mortgage loans and credit lines. And that could potentially lead to the elimination of all home-related interest deductions. The proposal was first expressed by the Joint Tax Committee, an advisory group to both the House and the Senate on tax related issues. But it’s definitely not a slam-dunk proposal. Many very influential groups oppose the idea.
_____________________

Spring has sprung, and so has the home building industry. Builders are selling more homes and planning new housing projects with great enthusiasm as warm spring breezes sweep across their building sites. Sales of new single-family homes took a sharp downturn in January as the February in response to winter storms. But now there’s a sharp increase in activity.

Builders expected single-family home sales to remain strong, said David Wilson president of the National Association of Home Builders (NAHB). In our regular monthly survey of single-family home builders, they indicated that they were solidly optimistic about the coming months, and today’s Commerce Department figures reinforce that optimism. Demand still outstrips supply in many areas, and buyer demand continues to be driven by favorable market fundamentals like growing employment and household income, new household formations and historically low mortgage rates.

Even though mortgage rates have moved up in recent weeks, financing conditions remain quite favorable, and the drive toward homeownership remains strong. People want to live in their own homes, and they regard homeownership as the best of all investments, he added.
_________________

An increasing number of states have eliminated property-tax breaks for elderly homeowners, insisting that the breaks unfairly place the tax burden on young families and other cash-strapped groups. Examples of states taking such action: Iowa, Colorado, Texas, New Hampshire.

A steady decline in state tax revenue is the key reason for ending municipal tax breaks, and revenue growth is only expected to weaken further due to planned cuts in Medicaid and other federal programs. The Nelson A. Rockefeller Institute of Government reports that state tax revenue dropped by close to 8 percent during the 2002 fiscal year and by 3.5 percent in fiscal 2003, leaving little money left to reimburse municipalities for the tax breaks, according to a report from the National Association of Realtors.
___________________

Here’s an interesting comment from Frank Nothaft, chief economist for Freddie Mac: The word conundrum is a noun, synonymous with mystery or puzzle. The use of this word by Fed Chairman Greenspan in his semi-annual report to Congress has financial market participants trying to discern what he might be signaling. Was he `jawboning’ about long-term rates rising higher? Or was he just using the word as part of his `big-think about financial markets, as he does on occasion.
__________________

Generally, real estate and mortgage industry leaders are very supportive of the new Bankruptcy Abuse Prevention Act of 2005. Here’s what the president of the National Association of Home Builders had to say: This legislation strikes a fair balance between the right of tenants and property owners, and it also provides sufficient safeguards for home owners to protect their property in the event of a bankruptcy filing.

The bill would stop an abusive practice under current law in which delinquent tenants facing eviction can file for bankruptcy, triggering an automatic stay that requires the property owner to stop all eviction proceedings, even if the tenant is damaging property or involved in illegal activity, a NAHB report noted. The bill would establish a clear procedure for the speedy resolution in federal bankruptcy court of cases where a tenant has defaulted on a lease agreement for failure to pay and then files for bankruptcy, while providing debtors with due process protection against unfair evictions.
____________________

Demand for Rental Apartments and Condos Up

The demand for rental apartments is growing, sparking renewed interest in building more multifamily housing structures. A recent study by the National Association of Home Builders indicates that a particularly healthy market for apartments and other multifamily developments is emerging — one in which demand more clearly aligns with supply. The study reveals a very positive outlook for the economy in general and for job growth in particular. And it concludes that the multifamily housing market should continue to be strong this year.

Hunters are Hunting for Land

During the years I’ve been writing about real estate, I thought I’d covered all types of property and financing transactions. I recently learned about a growing market niche I had never before addressed. The demand for certain types of land that is particularly useful by sportsmen who want to pursue their love for hunting is becoming a significant segment of land sales. Here’s how an item in Field & Stream Magazine describes it:

Frustrated with crowds on public lands and diminished access to private grounds, outdoorsmen (whose annual economic impact is in excess of $70 billion) are increasingly investing in hunting grounds. Owning game-rich land isn’t just for millionaires anymore, said Sid Evans, the magazine’s editor-in-chief. With all the pressure on public lands, guys are lining up to buy their own hunting property — so much so that some real estate agents have begun to specialize in this category.

Many hunters pool their financial resources to buy larger or more desirable plots of land, often with the help of a surprising partner, Uncle Sam. In some cases, outdoorsmen purchase farmland and convert it back to wildlife habitat, making them eligible for U.S. Department of Agriculture land conservation grants. Sometimes hunters maintain arable land as a source of added income by leasing the rights, or farming it themselves.
_________________

Jim Woodard writes a nationally syndicated newspaper column on real estate news and trends, carried in about 230 U.S. newspapers  along with freelance features. Reproduction of this report, in part or entirety, is prohibited without the express permission of the author. E-mail: storyjim@aol.com. Web site: www.jimwoodard.net/. 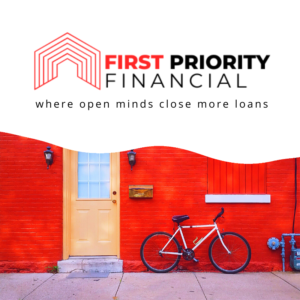